An 80th Anniversary Commemorative Service and Dinner was held at the Australian War Memorial in Canberra on 1 July 2022.

The Rabaul and Montevideo Maru Society was established in 2009 to represent the interests of the families of the soldiers and civilians captured in Rabaul and the New Guinea Islands after the Japanese invasion in January 1942, many of whom are believed to have perished on the Montevideo Maru when it was torpedoed off the Philippines on 1 July 1942.

Purpose
The purpose of the group was to gain national recognition and greater understanding of the tragedy and its antecedents, in the interests of relatives and the historical record.

The Montevideo Maru sinking is Australia’s most devastating loss at sea, but is a quiet part of public consciousness of World War II history. The soldiers of Lark Force were a product of the first desperate efforts of the Australian Government to defend our immediate approaches.

The Japanese occupation of Rabaul, Kavieng and the New Guinea islands produced many heroic Australian efforts at resistance and escape, and an enormous Australian tragedy, both from massacres on land and the huge loss of life at sea. Honouring those who made the supreme sacrifice by ensuring this story remains firmly in our national consciousness is essential.

The Memorial
The major objective of the group was to have a memorial erected in memory of those lost and, on 1 July 2012 – the seventieth anniversary of the sinking – a commemorative sculpture was unveiled by Her Excellency Ms Quentin Bryce, AC, CVO, Governor-General of the Commonwealth of Australia, at a ceremony attended by 1700 people – many in their eighties and nineties – at the Australian War Memorial in Canberra.
Following this, the Society was wound up in 2013, with its assets and remaining objectives being transferred to the Papua New Guinea Association of Australia.

Note: The Rabaul and Montevideo Maru Memorial was removed into safe storage in May 2021 whilst major works are completed at the Australian War Memorial. It will remain in storage until a new suitable location is identified. It is anticipated that this will be by 2024.

Further Information
The most reliable list of those lost with the Montevideo Maru is in the National Archives of Australia. In addition John Winterbotham has compiled a comprehensive list of the fate of all soldiers of Lark Force, which is published on this web site.

The association now has available an online education package for schools and a book ‘When the War Came: New Guinea Islands 1942’ .

Anyone who has a connection with this event can keep in touch by becoming a member of the PNGAA. PNG Kundu, the quarterly journal of the PNGAA, includes the Memorial News, dedicated to those who lost their lives at the start of the Pacific War in New Guinea. Please join the PNGAA here to receive this newsletter

For the 77th anniversary of the sinking, Max Uechtritz prepared a video.

Click the link below to view further information Max prepared on the disaster: 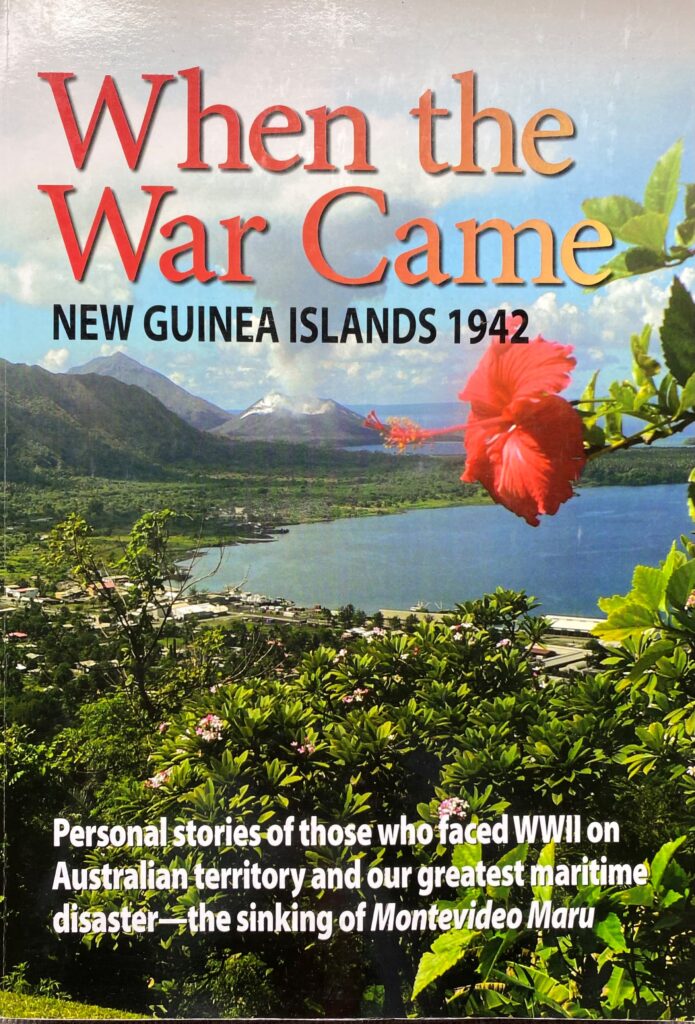 When the War Came

The book, a collection of personal and family stories on the varied experiences of those in Rabaul, Kavieng and the New Guinea islands prior to WWII, is sponsored by the Rabaul and Montevideo Maru group of the Papua New Guinea Association of Australia and was launched at the 75th anniversary on 1 July 2017. It tells of those who faced WWII on Australian territory – stories of evacuation, escapes over rugged mountains and vast ocean, the Tol Massacre, prisoners of war – both Australian soldiers and civilians, and Australia’s greatest maritime disaster – the tragic sinking of the Montevideo Maru. It also provides an insight into life in both Australia and the then Australian Mandated Territory of New Guinea. Limited copies available by using the order form attached to this information sheet.
Information sheet

One of the Group’s current objectives is ‘Education’. An online history supplement, previously known as Project 150, has been developed by teachers to complement the Australian History curriculum. We aim to ensure it is easy to encourage students in this largely unknown but powerful and poignant Australia story—and to encourage them to be more curious about it.

The Rabaul and Montevideo Maru Group’s online education package is about giving secondary students the opportunity to learn an Australian perspective of the Pacific in WW2. We are currently looking for teachers to use this outstanding resource, which includes lesson plans, background notes, worksheets, resources and and easy access to an electronic 15-minute version of Some Came Home, all to be used in conjunction or separately. For more information, see our education page:

Kylie Adams-Collier is an Australian country singer and song writer who lost her grandfather on the Montevideo Maru. This inspired her to write the song Montevideo Mari 1942, which is on her recent album Little Stone. She is donating 50c from each album to the PNGAA to help raise awareness of the loss of the Montevideo Maru. You can buy the album using the below link:

Kylie has written a poignant account of her experiences that led to her writing the song, and the growth of her association with the PNGAA, and you can read it using the below link: 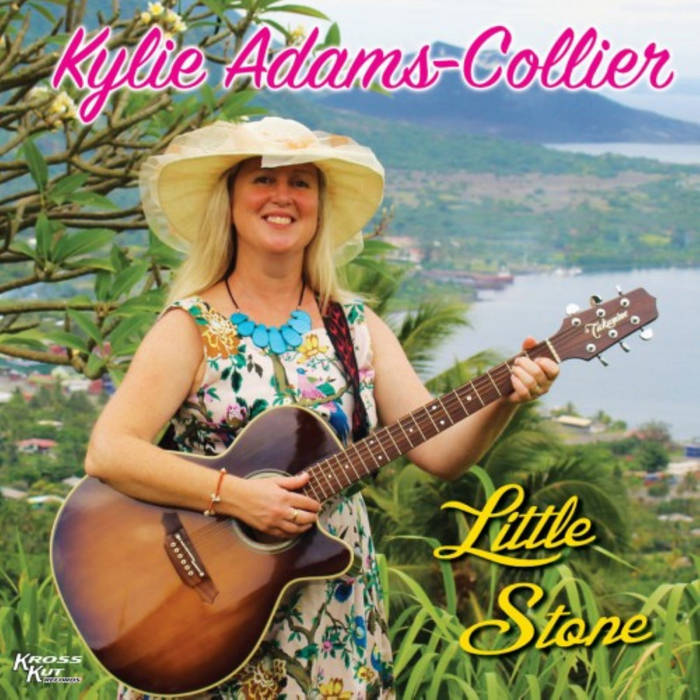